It’s no secret that the renowned DJ, Gilles Peterson, has long been a fan of South African music, especially the sounds coming out of Cape Town. Gilles is a French broadcaster, DJ, and record label owner. He founded the influential labels Acid Jazz and Talkin’ Loud, and started his current label Brownswood Recordings in 2006. He was awarded an honorary MBE in 2004 and is currently hosting his very popular and acclaimed Saturday afternoon music program called ‘Joining The Musical Dots’ in which he features a mixed-up selection, “joining the musical dots” between soul, hip hop, house, afro, electronica, jazz and beyond”, in his own inimitable style.

On his recent ‘Joining the Musical Dots’ program, on Saturday 22nd October, Gilles played the brand new John Wizards’ track called ‘Rwangaguhunga’. Back In 2017 Gilles was one of the first DJ’s to pick up on the strange story and wonderful music of the Cape Town group John Wizards and brought them into his studio during their UK and Europe tour where they played live.

In August of that year, the British newspaper The Guardian’s music editor, Tim Jonze, wrote a feature on John Wizards, documenting how Emmanuel Nzaramba, a Rwandan car guard in Cape Town met John Withers, a South African advertising music writer, and after adding some of John’s musical friends to the band, they became John Wizards.

The band later released its self-titled debut album, which showcased their unique sound featuring elements of R&B, soukous, Afropop, reggae, South African house, Shangaan electro, and dub, and  included the singles ‘Lusaka by Night’ and ‘Muizenberg’. At the end of 2017, the band’s album appeared as No 8 on The Guardian’s list of the 40 best albums of the year.

John Wizards effectively began when John Withers met Nzaramba outside a coffee shop in 2010 and the two became friends. They subsequently fell out of touch for a period. In 2012 they happened upon one another in Cape Town and it turned out they were both living on that same street. Prior to their meeting again, Withers had been working on recording and producing the set of musical ideas that would later become John Wizards’ self-titled release of September 2013.

Nzaramba added vocal recordings to some of the songs and began to perform with the rest of the band. John Wizards released a mix tape in August 2012 that roughly sketched out the songs to be included on the album. This mix tape was passed on to Mike Paradinas, owner of Planet Mu records. Planet Mu would announce the band as part of their roster in November 2012, releasing the album some ten months later.

In February 2017 Gilles visited Cape Town to record an audio documentary about the city’s musical heritage as part of Lufthansa City of the Month. The documentary followed Gilles over the course of a day as he set out to learn about the history of the city’s music, and infiltrate the dynamic contemporary scene. He began with the music of the Khoisan Bushmen, through to Cape Jazz of the ’60s, onto hip hop of the ’80s and ’90s, through to the spoken word and current musical climate of today. By discovering where the music was from and where it was going, Gilles discovered what makes Cape Town so special.

On Saturday’s ‘Joining The Musical Dots’ program, after playing the newly-released John Wizards’ track ‘Rwangaguhunga’ (starting at about 24 minutes), Gilles also mentioned that the drummer from John Wizards, Raphael Segerman, is also the son of Stephen ‘Sugar’ Segerman, thereby “joining the musical dots” between John Wizards and Sixto Rodriguez followed by his playing of Rodriguez singing his own track, ‘Can’t Get Away’.

Stephen ‘Sugar’ Segerman’s nickname came from the song Sugar Man by the American singer Rodriguez. In 1970s South Africa, Rodriguez was a household name as his anti-establishment lyrics resonated with many of those opposed to the strict apartheid state. Sugar, a Cape Town record shop owner, was one of his adoring fans. Very little was known about Rodriguez, apart from that he was dead; rumour had it that he’d killed himself during an unsuccessful concert. But years later, when Sugar decided to find out that had happened to him, he uncovered something astonishing.

The Hall of Fame will be broadcast on our stream from 8am – 6pm on Boxing day  It will include voices from the old DJs (including Smith, Simons, Crozier, Newman, Prior, Kahn, Scott, Blewitt and Oxley)  and jingles and the 150 top songs voted by the 604 fans. To listen click on  https://www.capital604.com/live

Deloitte expects double-digit growth in the sales of vinyl records for the seventh consecutive year, passing the $1 billion mark for the first time since the 1980s.

The professional services company expects 12-inch records to generate between 15% and 18% of all physical music sales.

According to the Entertainment Retailers Association, vinyl outsold digital downloads for the first time in December.

Listen to the interview in the audio below (and/or scroll down for quotes from it). 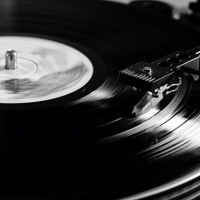 VINYL SALES HITS A 25-YEAR HIGH
Deloitte expects double-digit growth in the sales of vinyl records for the seventh consecutive year, passing the $1 billion mark for the first time since the 1980s.

New vinyl is a bit pricy.

It’s much more expensive to buy a vinyl record than to digitally download an album.

The two men at the centre of the search for musician Sixto Rodriguez have written the story of their journey. Stephen “Sugar” Segerman and Craig Bartholomew-Strydom authored the book “Sugar Man – the life, death and resurrection of Sixto Rodriguez”, after the success of the documentary film that was made about their quest. The pair share the tale of what they call an ‘irresistible story” about Rodriguez, who was rumoured to have killed himself on stage. Listen to the full conversation (with John Maytham standing in) on CapeTalk’s Breakfast with Kieno Kammies:

Rodriguez has three albums in the Australian chart this week. The Rodriguez catalogue took an active run on the ARIA chart after his 2014 tour was announced last week.

Rodriguez was last in Australia only last year for Bluesfest and played a national tour with backing band The Break, featuring members of Midnight Oil and Violent Femmes.

The Detroit singer songwriter Rodriguez has only ever recorded the two albums from the early ‘70s. Consider that at that time in Australia it was pre-FM radio, pre-Internet, pre-Cable and Digital TV. Australia was completely cut off culturally from the rest of the world at that time.

1) A nationwide TV channel in Australia, called SBS, screened ‘Searching For Sugar Man’ on Sunday night and a lot of people watched it…..

2) The programmers at SBS decided to screen a commercial for Rodriguez’s upcoming tour of Australia during the first half of the film!

How’s that for a spoiler?

Singer Songwriter Sixto Rodriguez’s first album Cold Fact was released over forty years ago. Though unknown in America, his music had been a huge hit in South Africa since the 70s. Now years later, an Oscar-winning documentary has finally made him a star in his own country, and around the world.

South Africa has a special place in his heart and his daughter Eva was drawn to the place where her father’s music had resonated for so long. She settled in the beautiful Wilderness on the Cape Garden Route 12 years ago after a 20 year career as a pilot in the United States military.

Now, she has turned her life towards the healing arts. She trained as a Sangoma in the Eastern Cape and has found a deep connection to South Africa.

Like her father Rodriguez, Eva focuses on freedom, enlightenment and harmony, a message South Africa and the rest of the world seems ready to hear.

3rd Degree travelled to the Wilderness to meet Eva and find out about her journey, and what it’s like to be the daughter of Sugar Man.

3rd Degree is on e.tv, the eNews channel and SKY Digital Platform in the UK – on Tuesdays at 21h30.

via On 3rd Degree: Rodriguez – Echoes of Freedom.

Not to be confused with Dead End Street by The Kinks in 1966 which is a different song.

This week on Top Billing, Jo-Ann spends some time with Craig Bartholomew Strydom, Stephen ‘Sugar’ Segerman and the legend himself, Rodriguez.

“Sugar Man”, the story of a forgotten singer, won the best documentary at the Oscars this week.

Sixto Rodriguez made two records in the early 1970s, but it never took off in America.

Unbeknown to him, it became very popular in South Africa.

Searching for Sugar Man, is the story of two South Africans and their search for this elusive singer.

Big is the surprise when we see a clip showing our own collections in the SABC Record Library and how censorship made it impossible for it to be played during the Apartheid years.

via SABC Media Libraries: Searching for Sugar Man, also in the SABC Archives.