The Institut français (Paris), the French Embassy in South Africa and IFAS-Research are pleased to present the Hidden Years Music Archive Project, which is hosted by the Africa Open Institute for Music, Research and Innovation (Faculty of Art and Social Sciences, Stellenbosch University). This documentary is part of a project initiated and supported by the Institut français (Paris), the French Institute of South Africa and IFAS-Research, called “Sounds of Southern Africa”.

A series of one hour All-South African mixes to enhance the Public Facebook Group “Jive Talking and Eyeballing“, which is an interview showcase of both South African and International artists.

Every vagabond needs a suitcase.

This is a mainly South African, mostly Afrikaans series of shows with some well-known tjoons and many obscure ones.

Some happy songs, some angry songs, a few light songs, and quite a few dark ones.

The name of this show is inspired by the song “Suitcase Vol Winter” by South African Music Legend Piet Botha www.PietBotha.com

Some lyrics are explicit and/or offensive.

The first in a series of mixes inspired by the charts from the The South African Rock Music Digest (fondly referred to as “The SA Rock Digest” or simply “The Digest”) which was a weekly, free subscription e-mag about South African rock and pop music published digitally from 1999 to 2004.

Re-established in 2009, as part of Sugar Music, embracing social media tools and platforms.

Full list of charts can be found at:
http://www.rock.co.za/files/sarocklists.html

Part of a series of mixes of random tunes, from the past, present and the future, covering a wide range of genres and styles.

This mix features a bunch of South African Pop, Blues & Rock tunes, released between 2003 and 2019.

Five tunes each from The Big Five of South African Classic Rock, from the late 60’s to the early 70’s.

More info on all these artists can be found at http://www.rock.co.za

More info on all these artists at http://www.rock.co.za 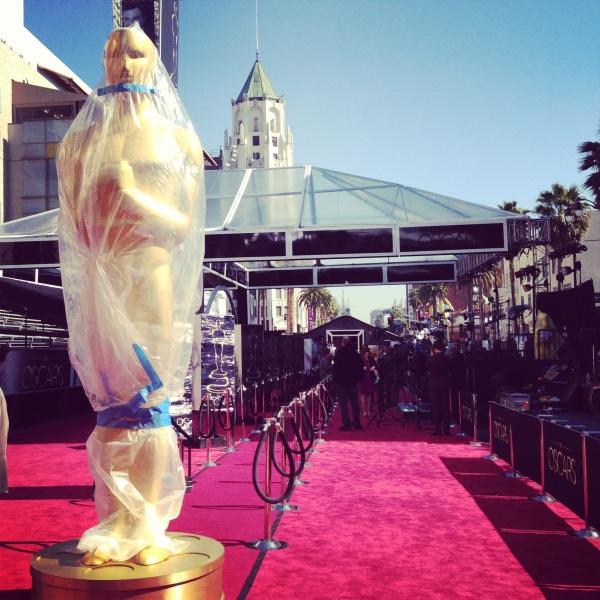 The documentary isn’t only about one man’s humility and passion to do that which he loved and provide a decent living for his family. It’s also a story about dedication and commitment; Sugar worked tirelessly on the Rodriguez website and to connect the singer with South Africa. He and Brian Currin did so much for South African music at the time, setting up the SA Rock Digest that took advantage of the internet in the “early days.” Journalist Craig Bartholomew Strydom, who was doing his own searching too, also added his persistence and tenacity to the story. All essential elements of this feel-good and inspiring story. Topping it off, is the Swedish director himself, who worked for many years on the project, and didn’t even have the funds to finish it so did the music and graphics himself. He just kept going, believing and continuing when he could. For that, this is a story the world deserves to see over and over. With or without an Oscar win.

via The 2013 Oscars: Searching for Sugar Men | Miss Ntertainment.

The film, which is a UK/Sweden co-production, tells the story of Detroit singer-songwriter Rodriguez who, as portrayed in the film, became a source of hope and inspiration in apartheid South Africa before mysteriously disappearing.

Searching for Sugar Man follows South African music fans who set out to discover what exactly happened to their idol Rodriguez – who will be performing in South Africa in February.

via Searching for Sugar Man is Critics’ Choice | Channel24.

Join me on my Vagabond Blues show on www.AllJazzRadio.co.za every Thursday afternoon from 4pm to 6pm (SA time). I play a broad spectrum of music in the blues genre, with a special focus on South African blues. – Brian Currin

Extract from an article I wrote in February 2007

I was born in South Africa 4 days after “The Day The Music Died” according to Don McLean (you work it out!). I was born and bred in a home filled with music (mainly Church Hymns and Showtunes) but soon discovered in my pre-teen years that I had absolutely no talent for singing or playing an instrument. I do play a mean air guitar solo though – I usually play a Black Fender Stratocaster Original Air Guitar. I also play Air Organ – a Hammond B3 of course – and recently I’ve started learning to play Air Harmonica.

Since I had this overwhelming passion for music, but not the skills to perform it, I started collecting music as well as information about music and also statistics and lists. Finding musical information in Apartheid-era South Africa was difficult to say the least, but my passion knew no bounds and I persevered.

In 1973 I heard the ‘Made in Japan’ version of ‘Smoke Of The Water’ by Deep Purple and my fate as a Rock Fan was sealed. I always thought that when I grew up I would lose my love of Rock and get into Classical and Jazz as “older” people did. Never happened! What did happen is that I just added and added more styles, types and genres to my musical tastes, though Classic Rock is still my first love and Deep Purple is still my favourite group. After listening to Purple and Zeppelin and Tull and Clapton and such-like I wanted to hear the original blues that inspired them … and a whole new world of discovering the Blues masters opened up for me.

Blues From The Deep South (Of Africa)

Because of South Africa’s unique geographical position and cosmopolitan population, there is really no such thing as a single defining style of “South African Music”. We seem to have everything here on the Southern Tip of Africa including African Tribal music, Zulu Township Jazz, Country and Western, Death Metal, Electronica and so much more, all with their own clearly-defined (and sometimes overlapping) niche markets. However the blues seems to be very popular in South Africa amongst most population groups, though I’ve never seen any research to support this theory of mine.

Blues in South Africa includes a wide variety of genres including Jazz Blues, Folk Blues, Traditional Blues, Blues Rock, Acoustic Blues and even blues sung in the language of Afrikaans which for want of a better name we will call Afrikaans Blues. So really South African Blues is just a term to mean Blues played by South African musicians. Cover versions of old blues classics abound, but there are also a large number of original compositions written in a variety of blues styles. Very few South African Blues musicians actually concentrate on playing the Blues exclusively, but rather play a mix of Blues, Rock, Blues-Rock and Country Rock.

Join me on my Vagabond Blues show on www.AllJazzRadio.co.za every Thursday afternoon from 4pm to 6pm (SA time). I play a broad spectrum of music in the blues genre, with a special focus on South African blues. – Brian Currin

The Dirty Skirts for Lost In The Fall

The Plain Truth – We Are The Shining Ones

Lloyd Cele for One

Shadowclub for Guns and Money

AKA for Altar Ego

Newcomer of the Year

Duo/Group of the Year

Male Artist of the Year

AKA for Altar Ego

Female Artist of the Year

MTN Record of the Year

Mi Casa for These Streets

Album of the Year

Moshito Music Conference and Exhibition is turning up the heat on the business of music in South Africa with its most extensive and impressive conference programme to date – once again confirming its standing as Africa’s premier music industry event aimed at developing and stimulating the domestic industry.

Established in 2004, Africa’s only annual music market takes place from August 31st to September 2nd at the Sci Bono Discovery Centre in Newtown, Johannesburg. The 2011 event features over 30 sessions of panel discussions, information sessions and workshops. Music industry and related specialists from South Africa, Africa, the USA, Spain, Canada, Indonesia, Colombia and several other countries will be taking part in the three-day programme.

One of the main areas of discussion centres on digital music with two sessions taking place on August 31st that are essential for anyone creating, using or working with digital music – and serve to turn day one into a substantial offering for top-level businesspeople.

The first, on August 31st is ‘Understanding the digital music ecosystem’ featuring panelist Marc Herson who is currently Digital Media Executive at Softbank Capital. Based in Cape Town, Herson was formerly Senior Vice President, Strategy & New Ventures at (then) SONY BMG, overseeing strategy, M&A and consumer research, with a focus on developing new mobile and digital businesses. Joining Herson in the discussion are Antos Stella of Content Connect, Xolani Zulu of SAMRO and Steven Ambrose, Managing Director at WWWStrategy.

Also on August 31st is the panel discussion on ‘The Future of Digital Music In Africa’.

The heavyweight panel for this topic includes Ben Herson, the founder and director of Nomadic Wax – a global hip-hop record label and production company dedicated to recording, documenting and presenting hip-hop and underground music from around the world. He is joined by Gustav Praekelt, founder and CEO of Johannesburg-based Praekelt Consulting (a leader in developing mobile solutions for commercial clients) as well as a locally-based representative of the Independent Online Distribution Alliance (IODA), a US-based industry-leading digital music distribution company.

Other topics on Day One of Moshito 2011 include a session titled ‘Mzanzi’s Golden Economy – The DAC, the DTI and the music industry strategy’. Under this topic Professor Chats DeVroop will deliver a paper titled ‘Music as Culture versus Music as Creative Industries”. Discussions like ‘Women and leadership in the music industry’ and ‘The Growth of a Viable Pan-African Festival Circuit’ are also likely to attract delegates.

Day Two’s programme features what promises to be one of the most heated debates of Moshito 2011 – an examination of ‘Local broadcast content and compliance with the UN Convention on the Protection of Cultural Diversity’.

The experience of other emerging markets is set to play a significant role in Moshito 2011 – particularly a session on Day Two that examines Colombia’s Cultural Policy and the possibilities of cultural exchange between South Africa and Columbia. This session includes Raul Esteban Sanchez Niño of the Colombian embassy in South Africa, Richard Blair (Sidestepper), and journalist, Salym Fayad.

Day Three of Moshito 2011 swings the focus from the challenges and issues facing the music industry to a series of presentations that ensure newcomers to the industry or those needing to brush up on their knowledge and skills have a one-stop shop to go to. Topics on September 2nd range from ‘How To Improve Digital Revenue Streams’, to the youth-orientated ‘Technology for DJ’s – Beyond vinyl and loops’; ‘Publishing 101’; ‘Why Musicians Need Managers”; ‘Making Money Composing Music (featuring a presentation by award-winning composer, Phillip Miller), and ‘Touring North America’ (with input from Daniel Brooks of the Toronto-based International Tour and Tech Academy as well as SXSW Hip-hop and world music programmer, Matt Sonzala ).

Once again, Moshito 2011 includes an exhibition element that will see leading entertainment, educational, governmental, and related entities exhibiting their services and goods to the public.

For a full programme and registration details – go to www.moshito.co.za.

Issued by JT Communication Solutions on behalf of MOSHITO www.moshito.co.za