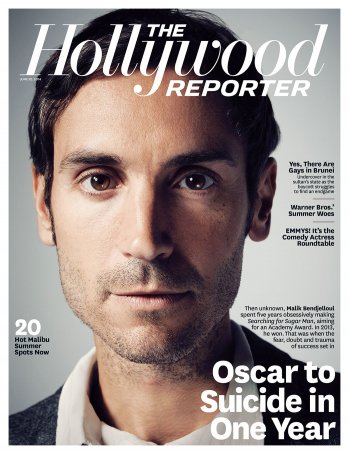 After the death of Malik Bendjelloul, who threw himself in front of a subway train, a THR writer heads to Sweden to talk to his friends, who reveal the perfectionist’s quirks — from eating the same breakfast for six months to walking one lap around his apartment before and after work — and open up about his fear, doubt and their own surprise: “He was the least likely to take his life.”

This story first appeared in the June 20 issue of The Hollywood Reporter magazine.

In the late afternoon on May 13, a young man with a mop of soft brown hair and a delicate frame stood on the platform of the Solna Centrum metro stop in Stockholm, Sweden, waiting for the Blue Line. It was rush hour, and the station, one of the deepest in Stockholm’s rail system, was filling up with commuters leaving the city. At the bottom of a long escalator, cavelike tunnel walls had been painted with elaborate pastoral scenes from the 1970s: lush green hillsides studded with fir trees and a giant yellow moon rising against a vast, dark red sky. Vignettes of Swedish life were overlaid against this Nordic backdrop — chain-saw-wielding loggers presiding over a recent clear-cut, a twin-engine prop plane taking flight, and a solitary violinist standing in a field pondering the city’s encroachment. At one end of the platform was a sign. “Stop!” it warned. “Unauthorized people prohibited on the tracks.”