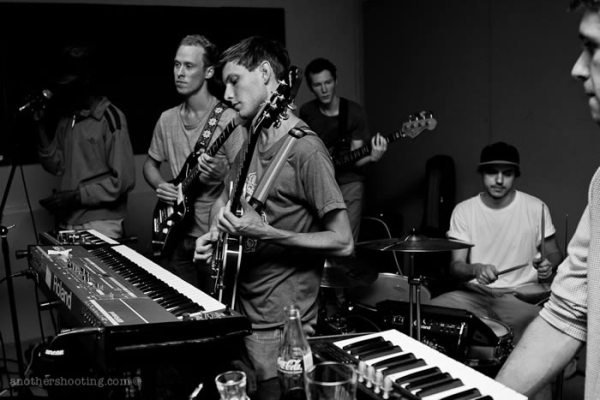 Last Saturday night, after spending an evening (but not a penny) in the Grand West Casino, I ended up in the relatively new Lion’s Head Bar on Bree street. Sitting in the bar is a bit like sitting inside a navy submarine: the walls, the floors, the chairs and tables, and the bar are all a stark shade of grey. (Just the one shade of grey.) The bar serves craft beers, whiskeys and biltong, and the crowd – now the crowd were pretty cool. A lot of lace up shoes and second hand clothes, I think I found where the hip people go to avoid the young.

In the back of the Lion’s Head there is room for gigs. And, having missed the act I’d heard of and had hoped to see, I stumbled upon the beginning of the John Wizards set.

There are quite a few members of the band and I can’t remember all their names. They looked young, standing there together. Neat haircuts – all their ears were visible – and wearing lace-up sneakers. Still at an age where their metabolisms work at the same speed as their sexual appetites rather than their stomachs, their guitar bodies broader than their shoulders and hips.