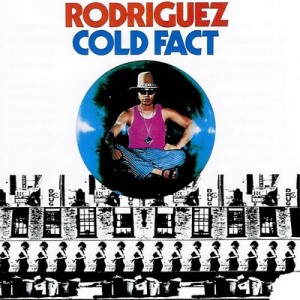 Today’s Cool Album of the Day (#741 in the Series) is Rodriguez, Cold Fact

Recording under the single name “Rodriguez,” Sixto “The Dylan of Detroit” Rodriguez, was a psychedelic folk singer in the early seventies. Long on talent and short on patience for “The Man,” Rodriguez was one of those folk singers that straddled that socio-political fence somewhere between the hippy-trippy sounds and somewhat obtuse themes of Donovan, and the more lyrically dense word-smithing of a folk era Bob Dylan. Vocally he soared slightly above the Dylan growl, and marginally below the sometimes off-kilter refrains of Scott Walker. Sonically the sound is Syd Barret-meets Arthur Lee and Love-meets Donovan, and the entire conglomeration can probably be described as psychedelic-folk, and is best experienced with a serious, intellectual and substance aided listen to his 1970 release, Cold Fact.

via Rodriguez “Cold Fact” « Cool Album of the Day.

2 comments on “Rodriguez “Cold Fact” « Cool Album of the Day”